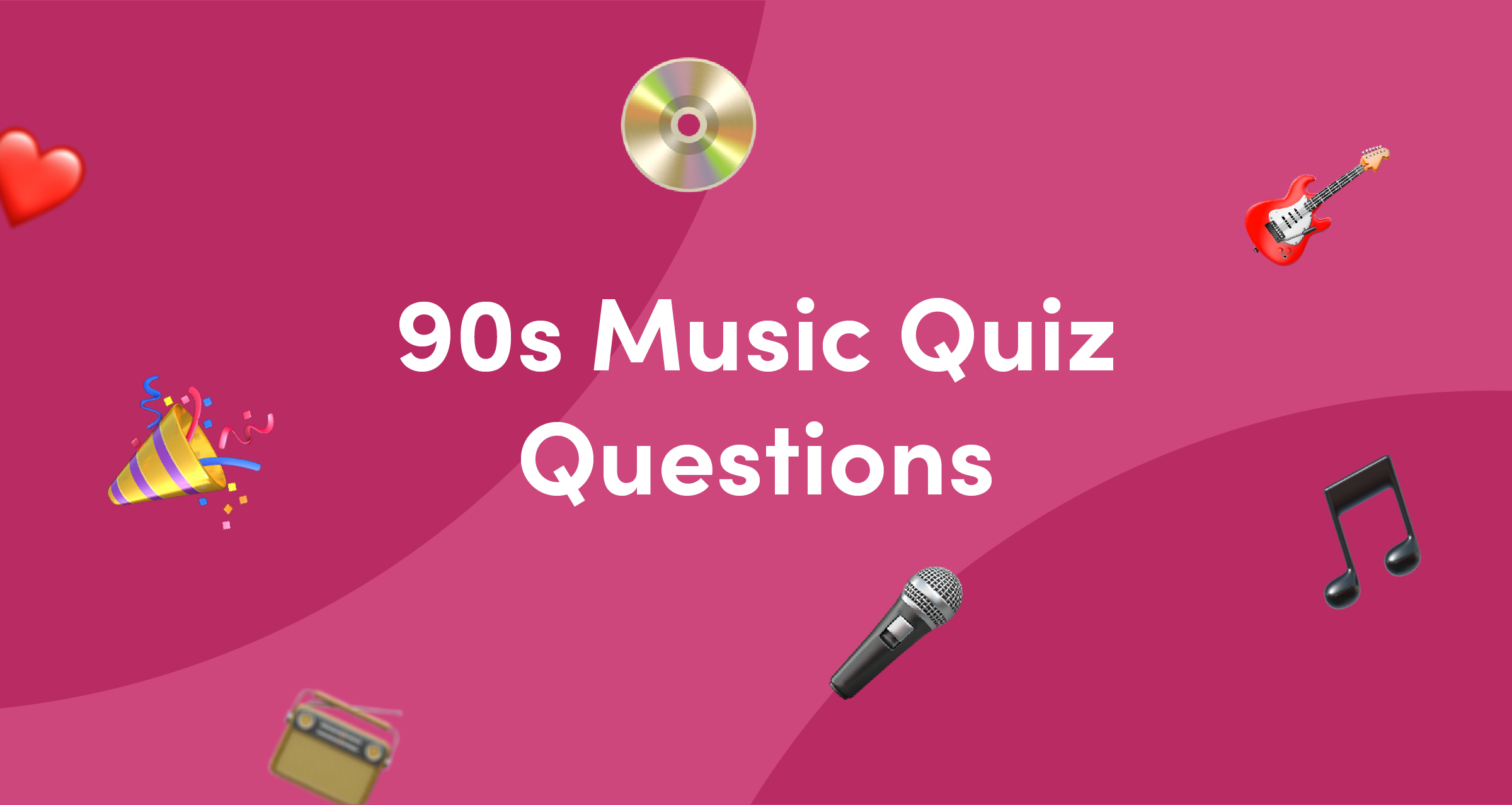 Breaking news: the 90s are back!

There’s no denying the 90s were a special time for music. Grunge music went mainstream and Britpop swept through the UK. Hip-Hop music dominated across the pond whilst boy bands, girl groups and mega-popstars like Britney and Christina sold out stadiums everywhere.

In these 90s music quiz questions and answers we’ll revisit some of the era’s best artists, albums and songs.

Are you ready to revisit this defining decade of pop culture?