50 Lord of the Rings Quiz Questions and Answers 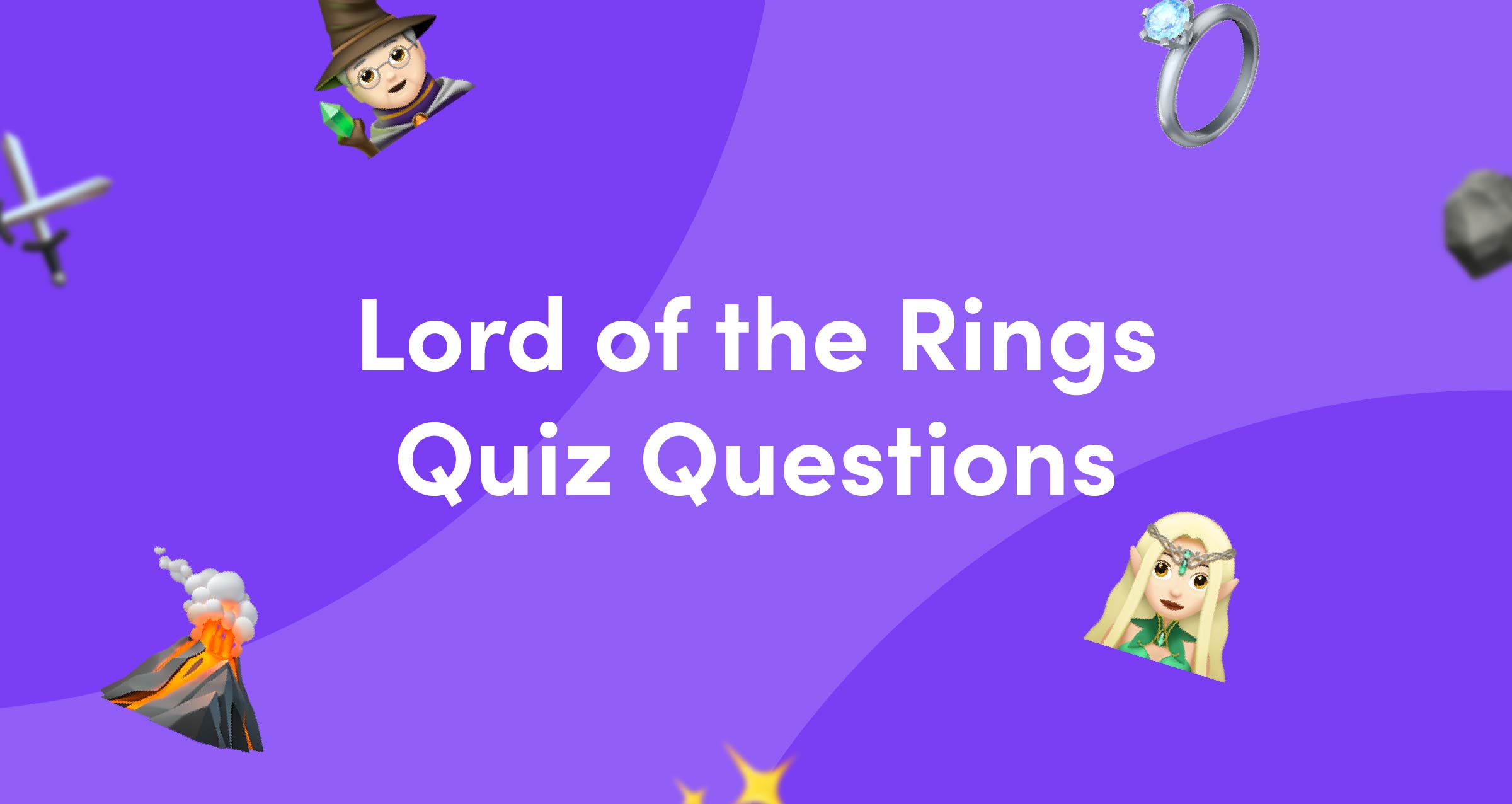 J.R.R. Tolkien’s ‘The Lord of the Rings’ is one of the most beloved stories ever written. Whether it was the books or the movies that got you hooked, millions of people across the world have fallen madly in love with Middle Earth, and for good reason.

Tolkien’s unparalleled descriptive abilities form an absolute masterclass in world-building. His unique capability to create a tale so filled with heart that also explores challenging themes like immortality, free will, and the balance between environment and technology, left readers hooked in the 20th century.

A masterful trilogy of 21st-century blockbusters by Peter Jackson came later. Alongside the books, they created a pop culture phenomenon that reached such dizzying heights.

And it’s not just Tolkienites who loved these stories so much. Peter Jackson’s trilogy won 475 out of 800 awards including 13 Oscars. As a result, it’s the most-awarded film series in cinematic history!

With such a fervent following of Tolkienites and would-be elves, we knew we had to put together a Lord of the Rings trivia battle for the ages. We’ve written 50 questions that’ll take you all the way from The Shire to Mordor and back again.

So grab your fellowship, eat your second breakfasts, and settle down for Lord of the Rings quiz questions and answers that’ll separate the elves from the orcs.

You shall not pass! Or shall you?

If you’re not ready to leave Middle Earth after this quiz, check out our Rings of Power quiz questions. Plus, there’s a mighty movie quiz waiting for if you’re feeling even more confident!

Lord of the Rings Quiz Questions and Answers