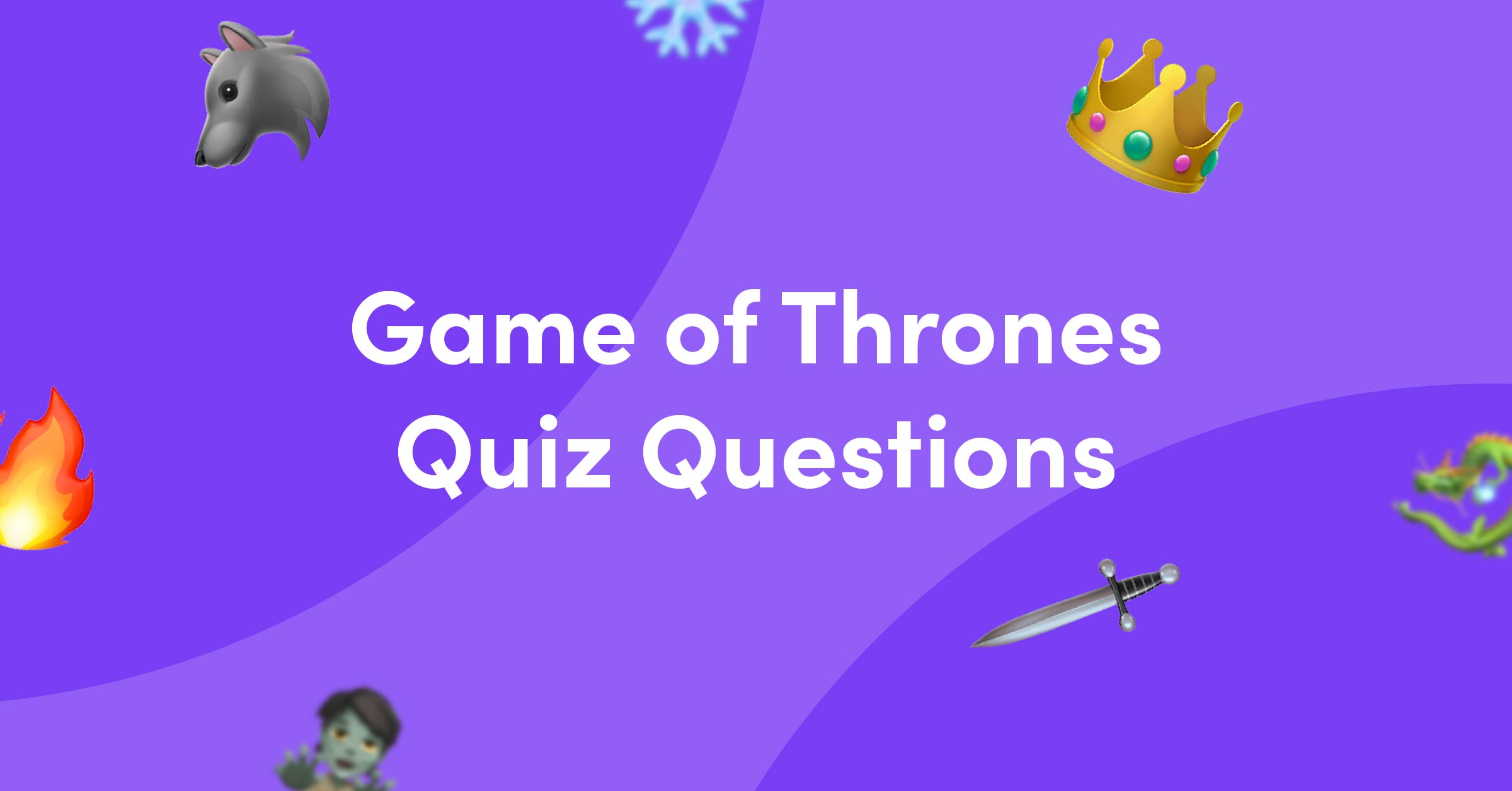 Game of Thrones was a global phenomenon. Over its 8-year run, it was the most watched, talked about and pirated TV show in history. Since it ended in 2019, HBO has gone into overdrive developing sequels and spinoffs, with House of the Dragon being the first to hit our screens. More on that later.

The show is based on George R. R. Martin’s much-loved book series ‘A Song of Ice and Fire’. The first book, ‘A Game of Thrones’, was published 15 years before Season 1 in 1996. A Dance with Dragons’, the fifth of 7 books was released way back in 2011. His sixth book, ‘Winds of Winter’ has been eagerly awaited by fans for years!

Anyway, it’s a firm favourite of ours at KwizzBit HQ. So much so, that we’ve written a whole bunch of Game of Thrones quiz questions and answers for you. This quiz will take you from the Red Keep to the Wall in the North and across the Narrow Sea to the Free Cities. Answer them solo or challenge your friends to a trial by trivia.

If you’re not ready to leave Westeros when you’ve finished, check out our House of the Dragon trivia. Or if you’re into fantasy in general, try our Rings of Power trivia. However, if you’re looking for more variety, our mega-bundle of TV quiz questions has you covered.

But first, here are 50 Game of Thrones quiz questions and answers to test your mettle.

By the Old Gods and the New, good luck!