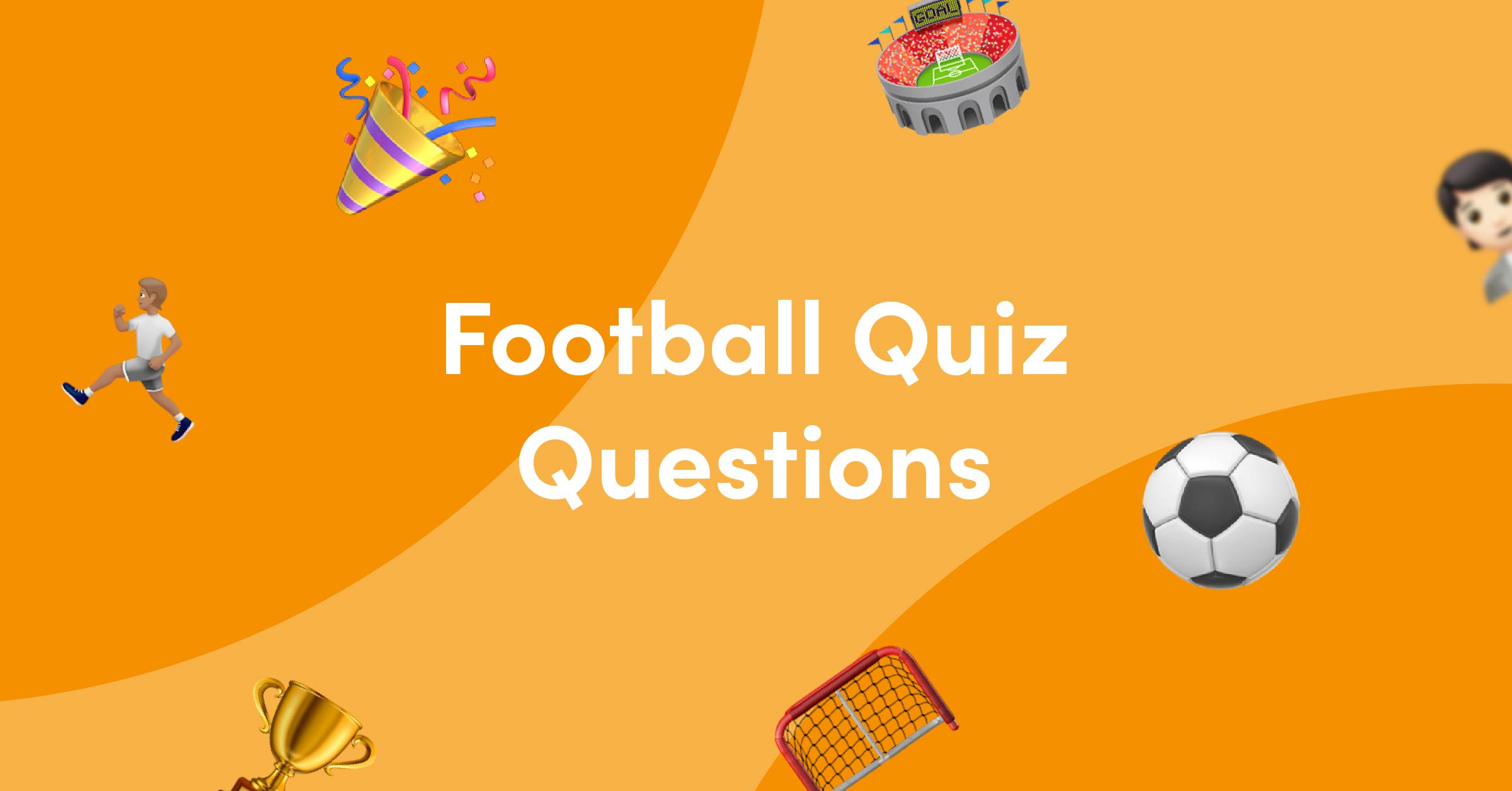 Football is one of the most popular sports in the world.

There are an estimated 3.5 billion football fans around the world. And around 11% watch professional football every day.

So what kind of fan are you?

Do you never miss an away game, or are you an armchair fan?

Either way, this football trivia is for you. We’ve compiled 50 football quiz questions and answers covering the best of the beautiful game. You’ll find questions on the Premier League, World Cup, historic clubs, legendary players and more!

And if you’ve got extra time when you’re done, check out our FIFA World Cup quiz questions and our super-duper sport quiz questions.

But first, let’s see if you can put in a title-winning performance with these football quiz questions and answers.