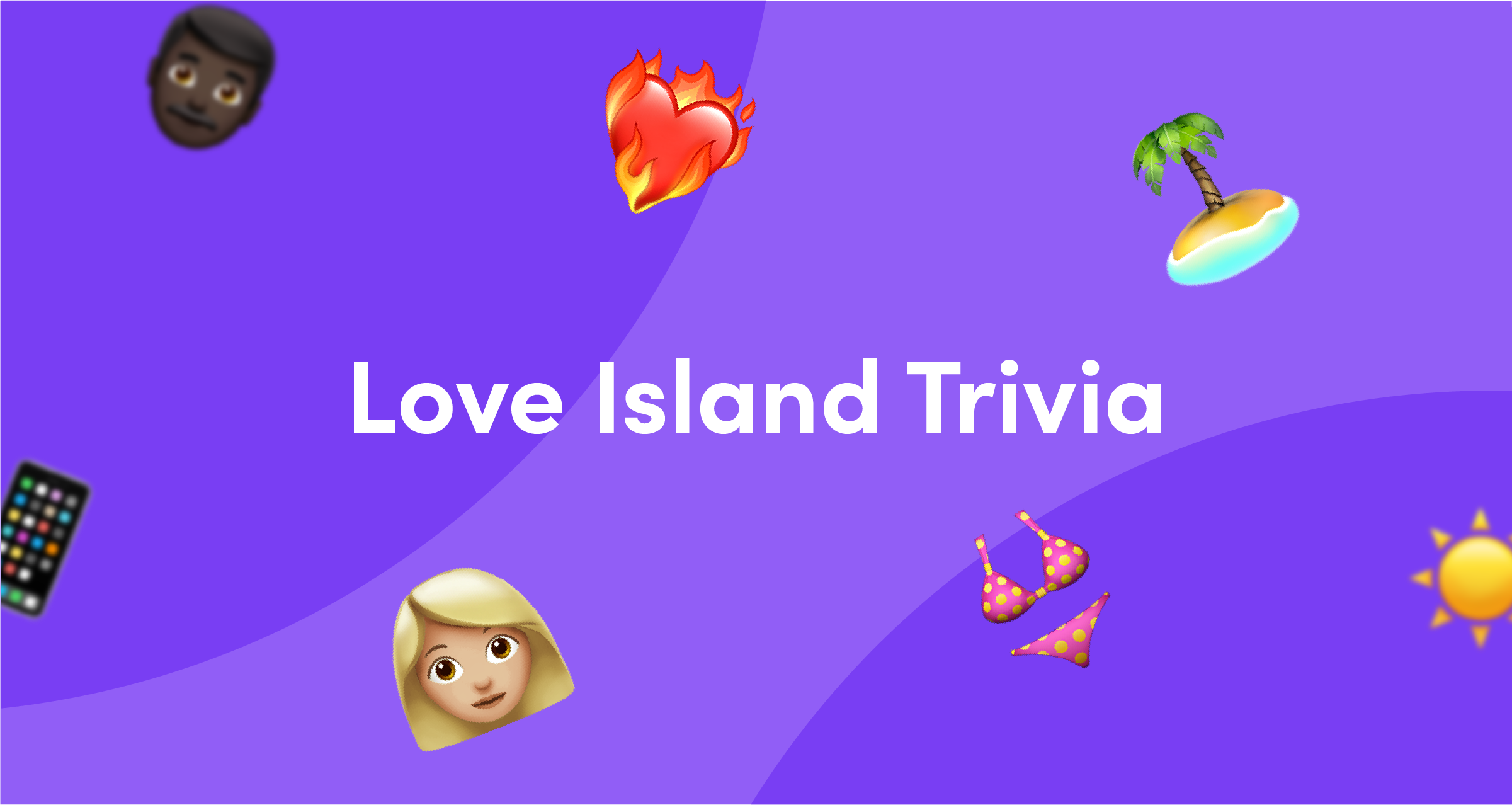 “I’ve got a text!” are the words we never get tired of hearing.

Love Island is quite simply a must-watch TV show. A group of single “Islanders” meet for the first time in a stunning sunny-side villa for a Summer of fun, dating and romance. What’s not to love?

Since ITV2 first aired in 2015, there have been many memorable contestants and iconic catchphrases in Love Island’s Casa Amor. There has also been plenty of juicy challenges, re-coupling and blazing rows. It’s safe to say these Love Island quiz questions and answers have a lot of drama to test you on.

Put all your eggs in one basket and play this quiz solo or go head-to-head with your friends. But remember what they say, you’ve got to be in it to win it. And, when you’ve finished grafting on this quiz, our TV quiz questions and answers might be leng enough to turn your head.

Only a true fan will get all 50 of these Love Island quiz questions correct. Any less than 45/50, pack your bags… you’ve been dumped from the Love Island Fan Club.