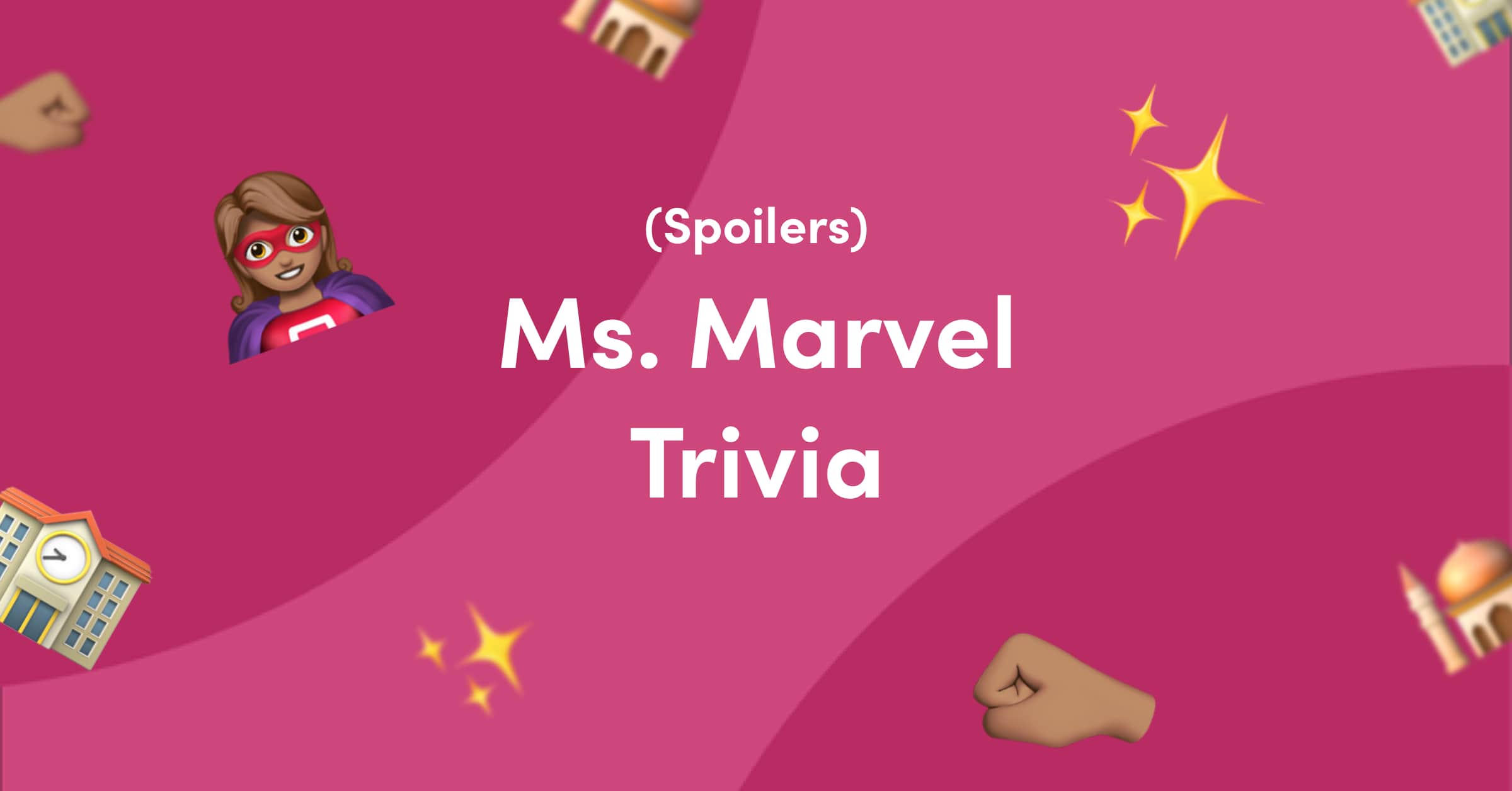 Ms. Marvel, the latest series currently airing on Disney+, is a ground-breaking delight to watch. And, with episodes airing weekly, we thought some Ms. Marvel trivia would help keep your mind occupied whilst you wait for the next episode to drop.

Kamala Khan aka Ms. Marvel is the comic book giant’s first Pakistani-American superhero and the first Muslim superhero. And, unlike many of Marvel’s characters, she has a short history.

After debuting in Captain Marvel in 2013, she quickly starred in her own solo series in February 2014, which was a huge critical and commercial success. The show looks to be on the same path, despite making changes to Kamala’s powers.

In the comics, she can morph her body by altering her size and extending her limbs into huge fists. In the series, Ms. Marvel’s powers enable her to harness cosmic energy and create hard light structures, like huge fists. Its divided opinion amongst fans, but that’s a conversation for another day.

Also, when you’ve completed this quiz, be sure to check out our bumper pack of TV quiz questions and answers. It’s a lot of fun!

For now, check out these 25 Ms. Marvel quiz questions and answers to see how well you know the teen hero.