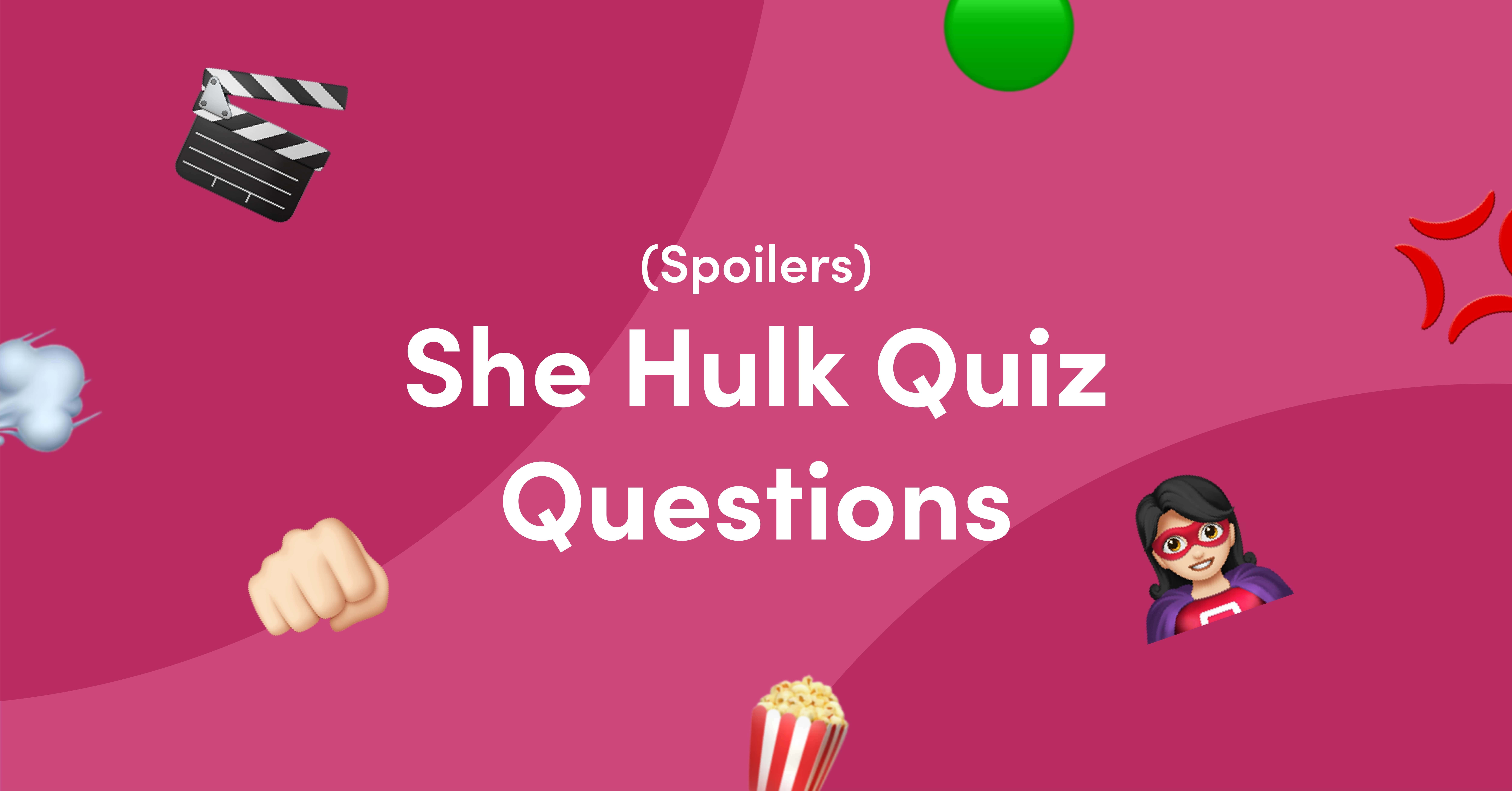 She-Hulk: Attorney at Law is the final series in Phase 4 of the Marvel Cinematic Universe. It’s also unlike anything Marvel has ever done.

At it’s core, She-Hulk is a goofy comedy about a lawyer who also happens to be a 6 foot 7 green woman. She goes to court, tries online dating and breaks the 4th wall to hilarious comic effect. The latter is core to her shtick in the comics.

Stan Lee created the She-Hulk character in 1979 after the success of Lou Ferrigno’s ‘The Incredible Hulk’. He wanted to introduce a female hulk before the TV show’s executives did. This would guarantee Marvel’s claims to the character’s rights. Since then she has grown to be a popular superhero and a member of the Avengers, Defenders and the Fantastic 4.

Since we’ve been loving the show, we’ve created 25 She-Hulk quiz questions and answers for you. Play solo for fun or challenge your friends to see who the biggest Marvel fan is!

Also, if you’re enjoying Phase 4’s shows, make sure you check out our Moon Knight trivia and Ms. Marvel trivia. And, when you’re done test yourself with our ultimate set of TV quiz questions and answers.

For now, here’s 25 She-Hulk quiz questions and answers to see how much you paid attention to Phase 4’s final series.