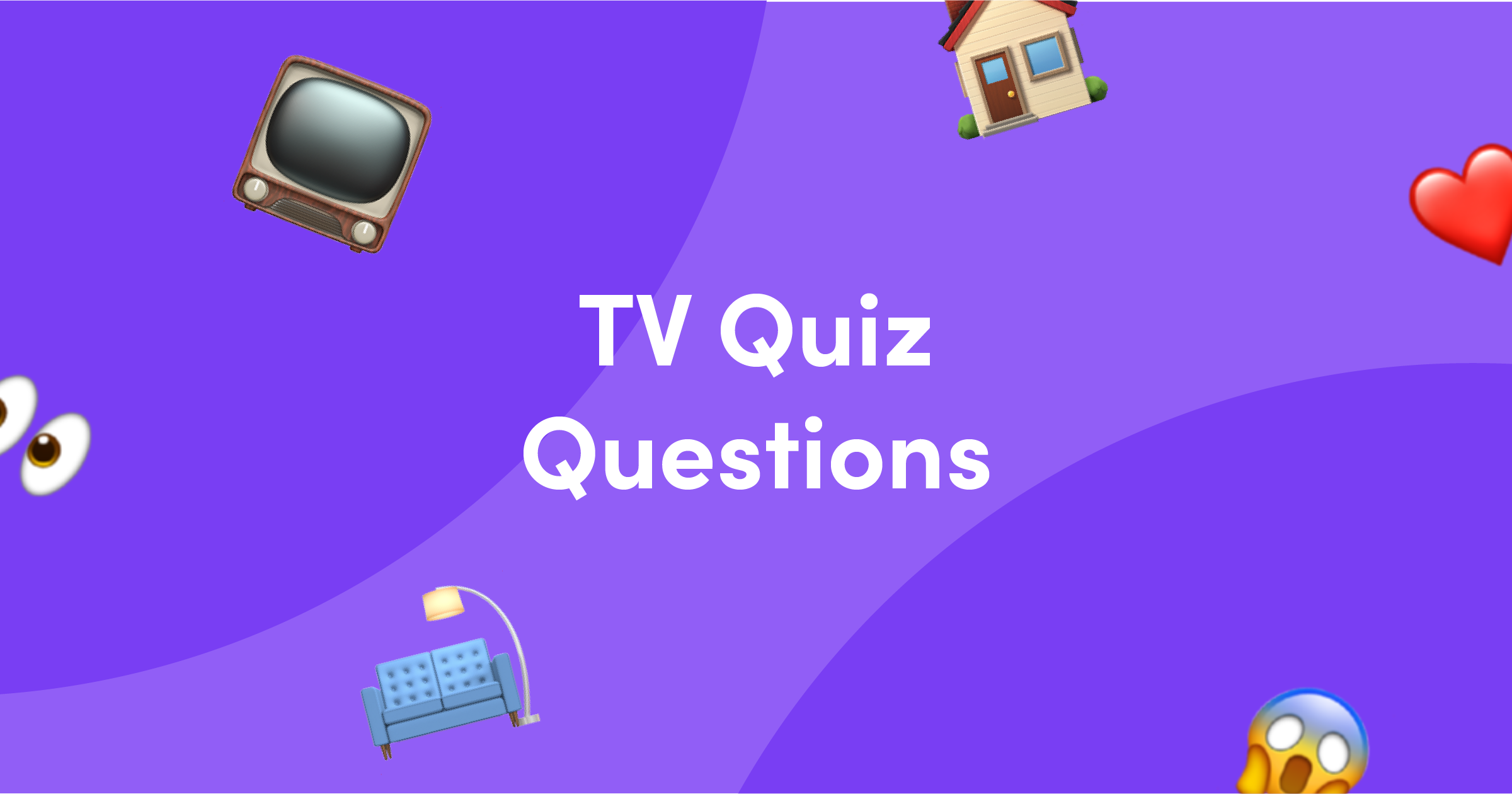 Nearly 1/3 of waking hours are spent watching TV, according to Ofcom.

That must mean you’re pretty good with TV trivia, or you need practice. Either way, these TV quiz questions and answers will put your knowledge to the test.

So, prepare yourself for an epic journey through the telly box. This entertainment quiz will challenge your brain on everything from classic gameshows to iconic soaps, side-splitting sitcoms to edge-of-your-seat dramas, and the best of everything in-between from the UK and across the pond.

Once you’re done, why not try our movie quiz questions, music quiz questions or sport quiz questions? Also, there’s a huge general knowledge quiz waiting for you if you’re up for the challenge.

In the meantime, cue the Eastenders theme tune. Because you’re going to have your hands full with these 50 TV quiz questions and answers.

Did you enjoy this quiz? If so, you’ll be delighted to hear there’s more TV trivia where that came from.

We’ve compiled a variety of quizzes which focus on popular TV shows you might have enjoyed. Check them out!