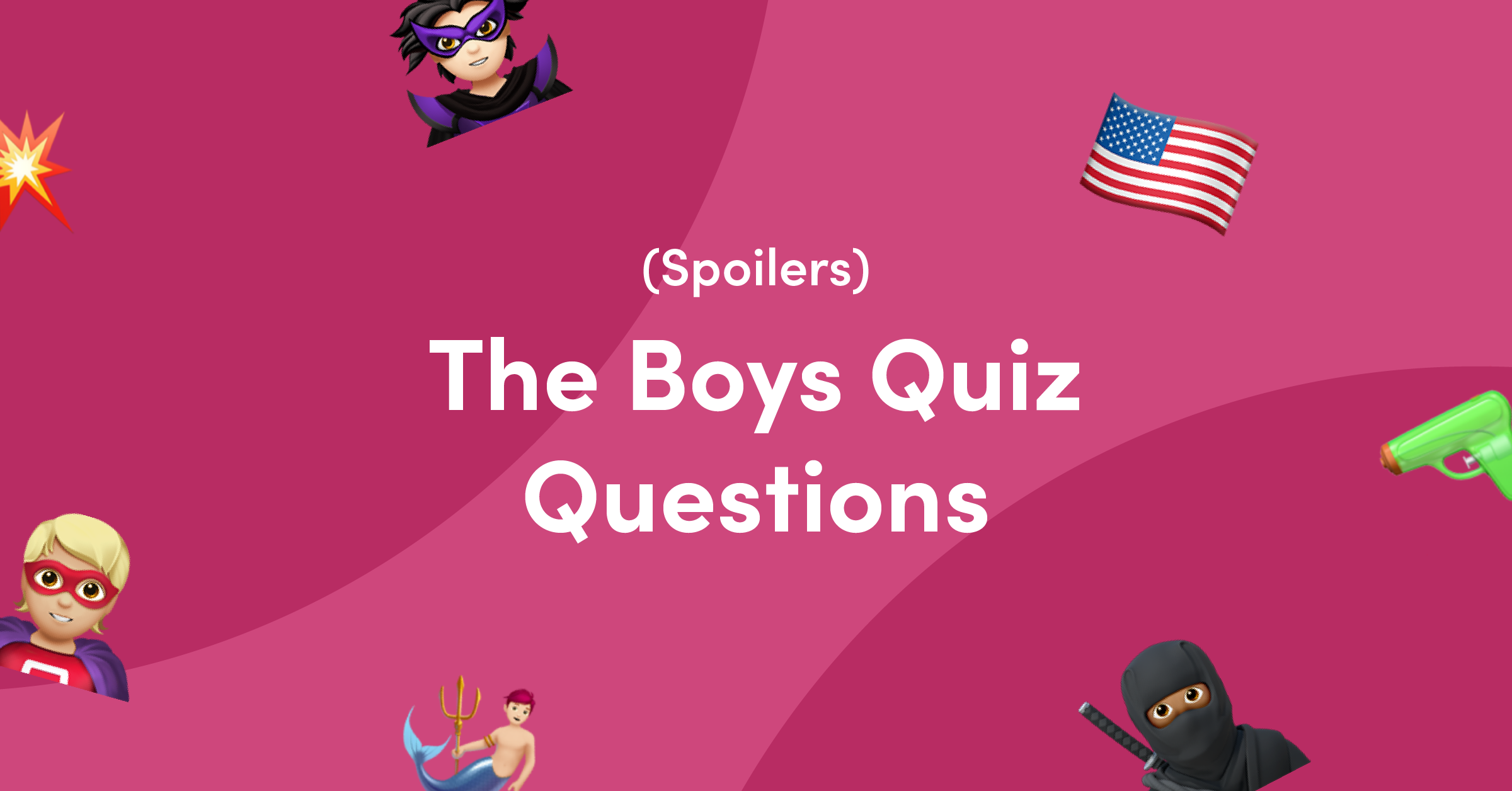 Season 3 is finally here. After waiting 2 years to find out what happens next with Hughie, Billy, Vought, and The Seven, excited is an understatement. To help you contain your excitement, we’ve put together a diabolical set of The Boys trivia questions to test your knowledge whilst you wait for the next episode.

The Boys is based on the Garth Ennis comic series of the same name and is a different take on the superhero television you’re used to seeing from Marvel and DC. Released in 2006, the comic books were originally published by WildStorm before being bought and moved to Dynamite Entertainment, known for comic adaptations of well-known franchises such as The Terminator and Sherlock Holmes.

There are some differences between the show and the comics, though. For example, Stormfront, portrayed by Aya Cash, was originally a man in the comics and doesn’t follow the same storyline either. Though her origin is somewhat similar. Also, Hughie’s character was originally based on Simon Pegg, who coincidentally now plays his doting father.

Once you’ve finished, there’s a mega collection of 50 TV quiz questions and answers for you to use your super-intelligence on.

But first, you’ll find 25 The Boys quiz questions and answers to test your Supe knowledge below. How many can you get right?

The Boys Quiz Questions and Answers