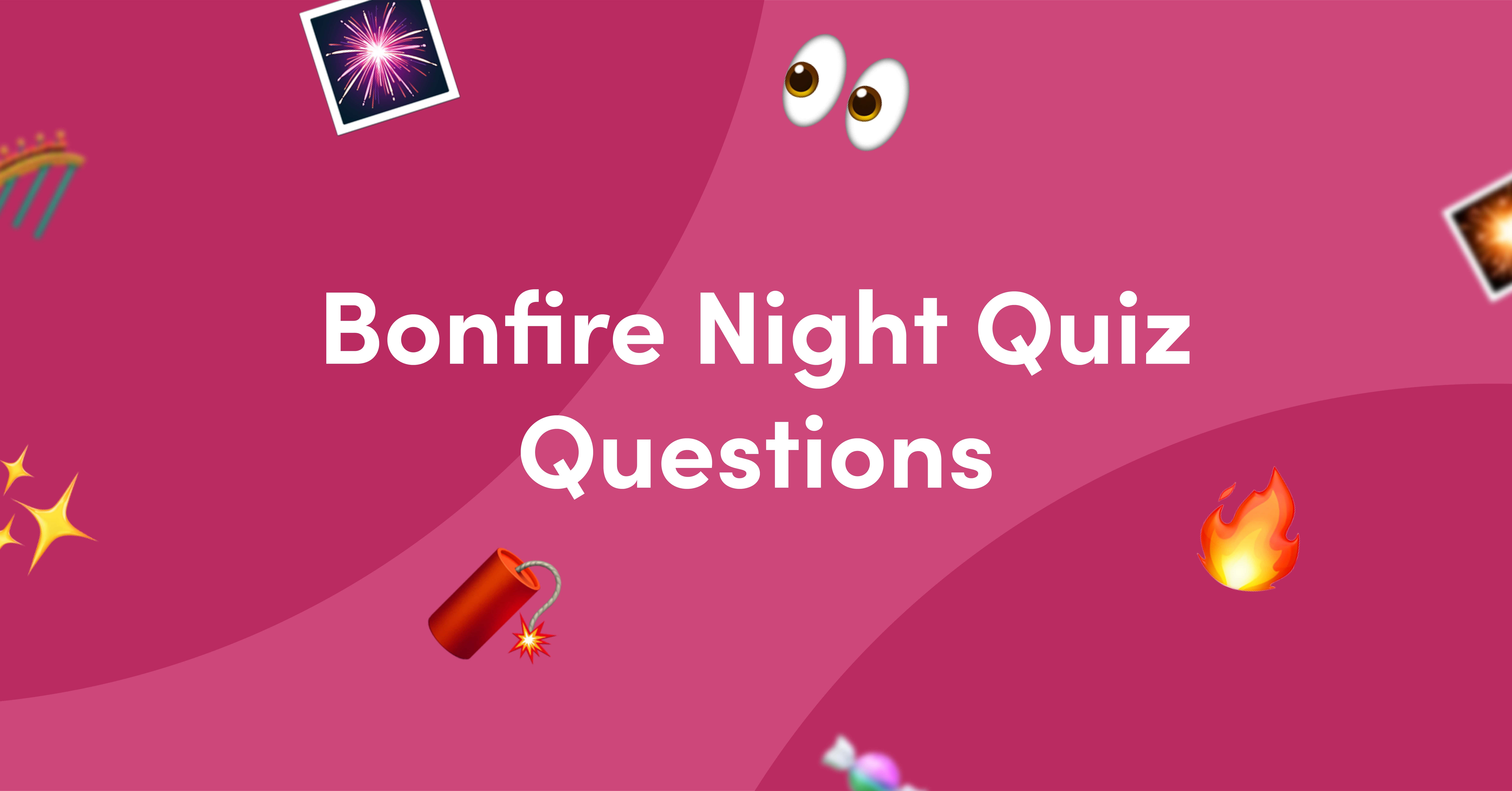 You’ve likely celebrated Bonfire Night ever since you were a kid. But how much do you really know about Guy Fawkes Day and its origins?

Do you know why we traditionally celebrate the 5th of November every year? Do you know the Bonfire Night nursery rhyme? Or even which country invented fireworks?

If you know any of those, or are interested in learning, then these Bonfire Night quiz questions and answers are right up your street. Play solo to brush up on your Bonfire Night trivia, challenge your friends, or use it to teach your kids about the day.

If you enjoy this quiz, check out our Remembrance Day quiz questions.