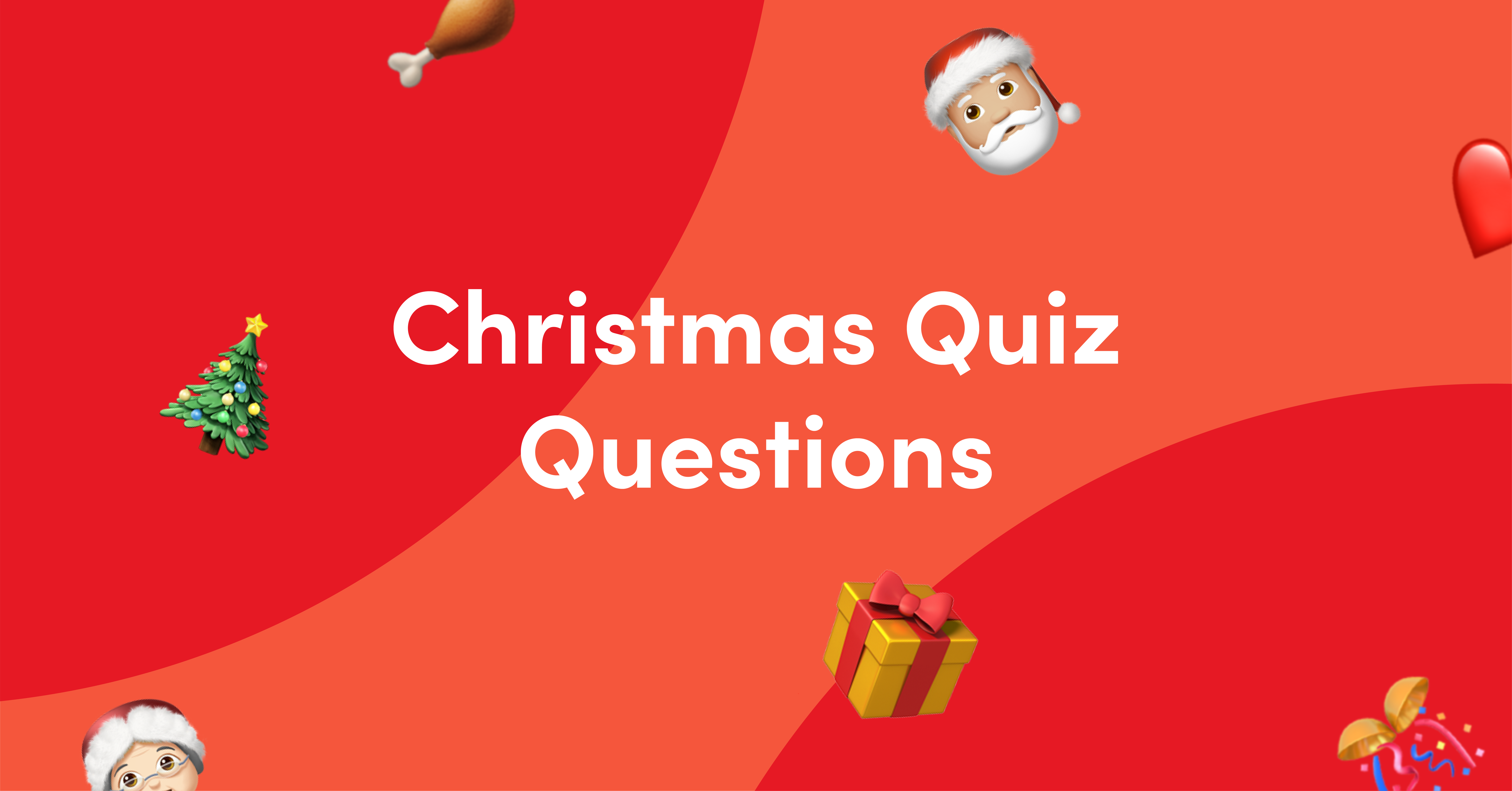 The countdown to Christmas is on.

Christmas markets will soon be open, gaudy Christmas jumpers will be everyday attire, and holiday cheer will be everywhere. To get you in the festive mood, we’ve got an early gift for you: 50 Christmas quiz questions and answers.

It’s a perfect excuse to brush up on your Christmas trivia, challenge your friends and family to a quiz-off, or for hosting your work Christmas quiz (we can help with that if you’re interested, let us know).

If you’re feeling ready, pour yourself a mulled wine and let’s get quizzing. In this quiz, your full knowledge of the Yuletide celebrations will be tested. From food to traditions to TV specials and more, these 50 questions will separate the Scrooges from the Santa Clauses.

But first, let’s see how well you get on with this Christmas quiz. Good luck!